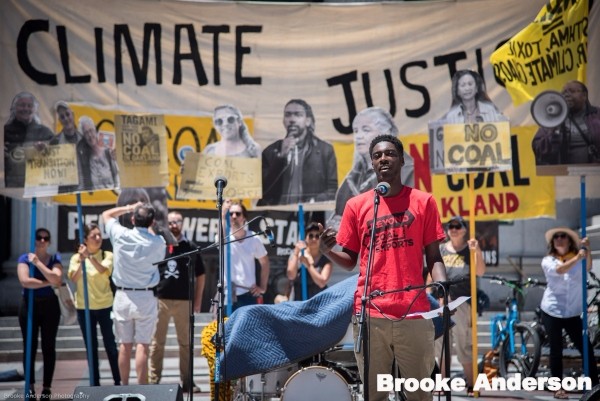 What do the completion of the transcontinental railroad in 1869 and an environmental justice movement in Benicia, California in 2016 have in common? Unfortunately, the answer ispreemption. Adopted in 1862 to promote the expansion of America’s railroad network, the Federal Railroad Act preempted state and local authority over railroad property and operations. That preemption, which probably made sense at the time, has come back to haunt grassroots health and safety movements today.

In March 2016, a grassroots movement formed to block a proposed railroad spur in Benicia, CA, in the San Francisco Bay Area. The spur would allow for two 50-car trains a day carrying up to 70,000 barrels of crude oil. The Valero Benicia Refinery is using federal preemption to challenge the Benicia Planning Commission’s decision to deny a permit for the Valero project.

Recent wins by the “No Coal in Oakland” campaign may energize grassroots leaders in other movements, including the movement against oil trains in Benicia. No Coal in Oakland is a grassroots movement which successfully campaigned to stop the transportation of coal by rail into Oakland for export overseas. Read more about grassroots environmental movements and federal railroad preemption here.