Schrader, Merkley Back Chemical Policy Reform
The Lund Report, 10/5/15
A bill passed in the U.S. House of Representatives and debate imminent over a bill in the U.S. Senate would bring Congress closer than ever before to reforming chemical regulation. If passed, the law would update federal authority to regulate chemicals that pose a risk to human and environmental health; however, it is also poised to curtail state authority to protect the public from hazardous exposures.
S.697 – Frank R. Lautenberg Chemical Safety for the 21st Century Act

A risky proposition: The ‘regulatory hole you could drive a train through’
Al Jazeera America, 9/28/15
In December 2012, Delli Priscoli finally unveiled his plans to more than 100 residents at a meeting in the municipal gym. The railroad yard, he announced, was to become a propane transfer, or transloading, facility, meaning that propane would be taken there by rail and unloaded onto tanker trucks to be distributed. With four 120-foot-long, 80,000-gallon storage tanks to be filled by up to 2,000 train tank cars a year, it would be the biggest rail propane facility in Massachusetts.

Residents were dumbfounded: The location was in the middle of a residential neighborhood, less than 2,000 feet from an elementary school and atop the town’s water supply…

And as residents would learn, it was the railroad’s position that it didn’t have to: Being a railroad, the Grafton & Upton was exempt from any state or local law that interfered with its business, a legal doctrine known as pre-emption.

As one resident put it, “You mean we have no rights?”

And Bisbee has decided to ignore the law entirely. In Flagstaff, at least one member of the City Council is likely to ask her colleagues to vote on joining the lawsuit.

In both cases — a five-year moratorium on fracking imposed by Fort Collins and an outright fracking ban in Longmont — industry and state officials contend that Colorado law preempts local regulations limiting drilling operations.

Guest commentary: Protect health, welfare foremost in oil drilling legislation
Naples Daily News, 10/6/15
According to materials presented by county staff, at least 23 Florida counties and municipalities have passed resolutions supporting a statewide ban on fracking; the number is much higher if one includes county and city resolutions to prohibit fracking within their communities.

Unfortunately, state Sen. Garrett Richter’s 2014 bill included “prohibiting a county, municipality, or other political subdivision of the state from adopting or establishing permitting programs for certain oil and gas activities.” It appears the 2016 bill is slated to include similar language — a pre-emption position unacceptable to the League.

Several bills focused on fracking could surface in January
Naples News, 9/29/15
State lawmakers once again have filed legislation aimed at regulating hydraulic fracturing, but the most recent version of the bill would significantly limit the amount of control local governments have in regulating oil exploration. 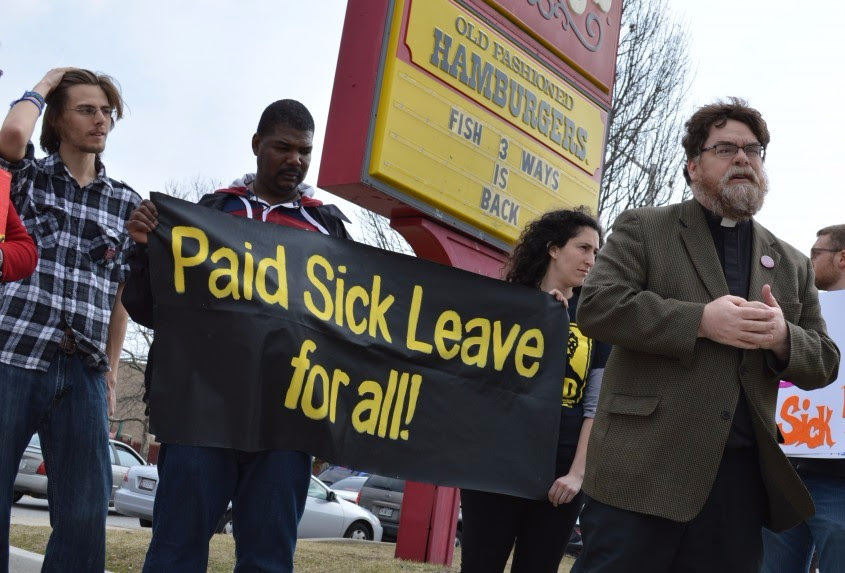 Join us on October 14th, 2-3pm ET/1-2pm CT/11am-12pm PT for a #GrassrootsChange Twitter Chat about the national Paid Sick Days movement. We will hear directly from three key leaders of the Paid Sick Days movement about how they were able to build their movement and overcome preemption. They will share lessons from their movement strategies and the benefits of building an authentic grassroots movement for policy change.
Featured speakers: