Over the past five years, a number of cities and states have passed paid (or “earned”) sick days requirements for workers. These victories were hard-won by a passionate and effective grassroots movement. 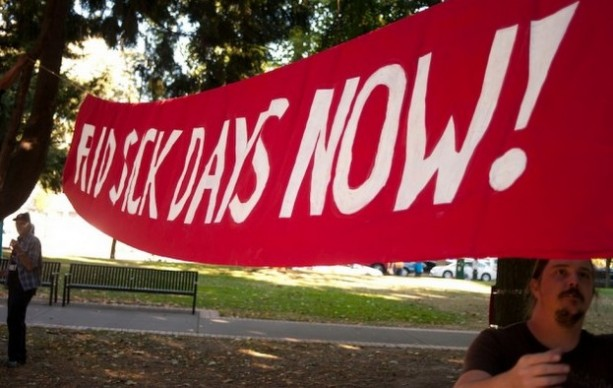 Join us on October 14th, 2-3pm ET/1-2pm CT/11am-12pm PT for a #GrassrootsChange Twitter Chat about the national Paid Sick Days movement. We will hear directly from three key leaders of the Paid Sick Days movement about how they were able to build their movement and overcome powerful & wealthy opponents. They will share lessons from their movement strategies and the benefits of building an authentic grassroots movement for policy change. 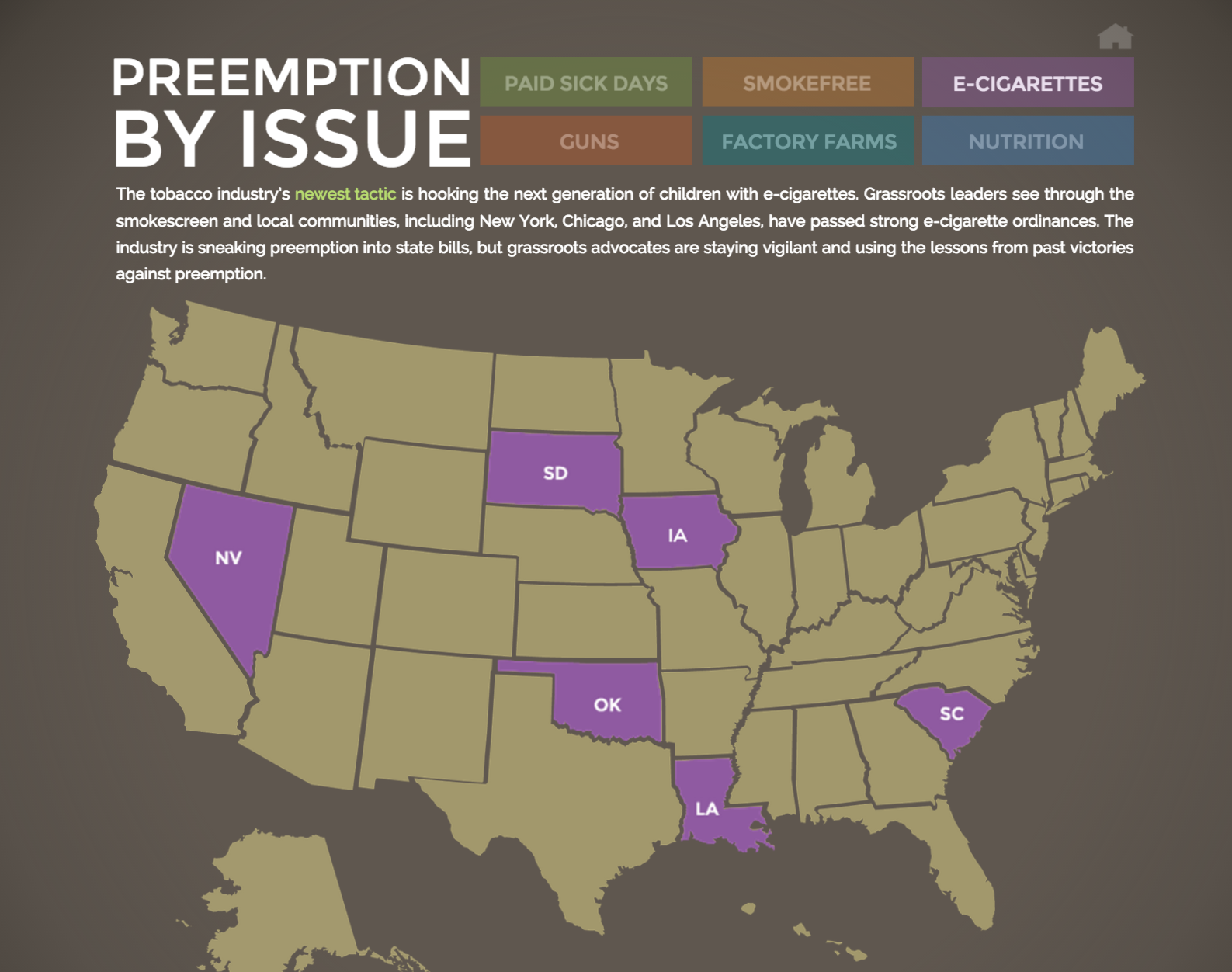 Preemption Watch, a project of Grassroots Change, monitors, tracks, analyzes, and counters federal and state preemption. Preemption has been used as a strategy to undermine dozens of movements on issues ranging from fracking to fire prevention. Preemption is usually promoted by an industry to take away local control and stop progress in public health.Connect with Preemption Watch to learn more about countering state and federal preemption. See Preemption Watch’s new Intro Packet and sign up for our bi-weekly preemption newsletter.