In this week’s newsletter, we feature two guest blogs that highlight the diversity of Grassroots Change’s work. Adam Briggle is an energetic grassroots leader in Denton, Texas who helped pass Denton’s fracking ban.

Ellen Bravo is the executive director of Family Values @ Work, a network of 21 state and local coalitions that works on paid sick days and paid family leave.

After Denton passed a ballot initiative banning fracking in November 2014, legislators in Austin introduced dozens of bills preempting local authority over public health and safety. What they didn’t foresee was a grassroots revolt against industry influence in the Texas legislature, and a new nonpartisan group opposing state preemption in all its forms: Local Control Texas.

“We the People have exercised our most fundamental right to protect the health of our families and communities, and what we have done is no more a violation of civil rights than a local law preventing the sale of cigarettes to children…”

The Denton fracking ban has sparked an important discussion about the political authority of municipalities and the role of citizens’ initiatives in a democracy. This is often couched under the label of local control, a core value that state legislators are now hypocritically attacking. 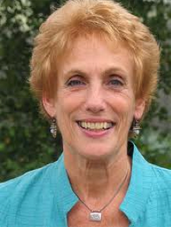 “In Pennsylvania, lawmakers twice tried and twice failed to pass a bill prohibiting local governments from passing their own local earned sick days measures. Such ‘preemption’ bills are a favorite of the American Legislative Exchange Council, or ALEC, as a way to stop local action raising standards for working families.”

We’ve all seen a toddler who realizes they’re losing the game and knocks all the pieces to the floor. It doesn’t change the outcome – that kid still loses. But the other players realize there’ll be an unfair delay of game.

Such is the sorry tale of corporate lobby groups faced with wins for paid sick days campaigns popping up all over the country. They can’t stop them on the ballot, and more and more often, they come away empty-handed in the halls of City Council or the state legislature. What to do?