How do events (usually tragedies) transform into effective movements for change? Grassroots Change’s director, Mark Pertschuk, draws lessons for current movements from past movements that represent two extreme cases: The anti-smoking movement grew stronger when a tobacco company mistakenly organized a national tour to tout American freedom, while the gun control movement was unable to build momentum following a mass shooting in Colorado.

Learn what it takes to build an effective public health movement here. 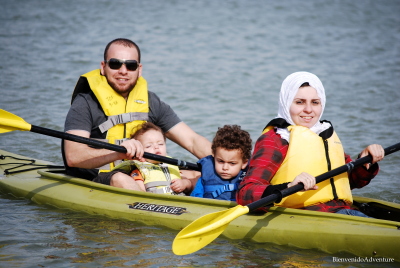 As a twenty-something Hispanic woman who came to love camping, hiking, and kayaking, I noticed there were not many people who looked like me when I was outdoors. This realization led to the idea of North Texas Kids Outside (NTKO), a local project that uses a family-centered approach to connect children to nature through camping experiences in state parks.

NTKO served 83 individuals in 2012, and the majority of our families were of Hispanic descent. Many spoke Spanish as their primary language. Our experiences and camping trips taught me so much about family, the outdoors, my community, and my culture.